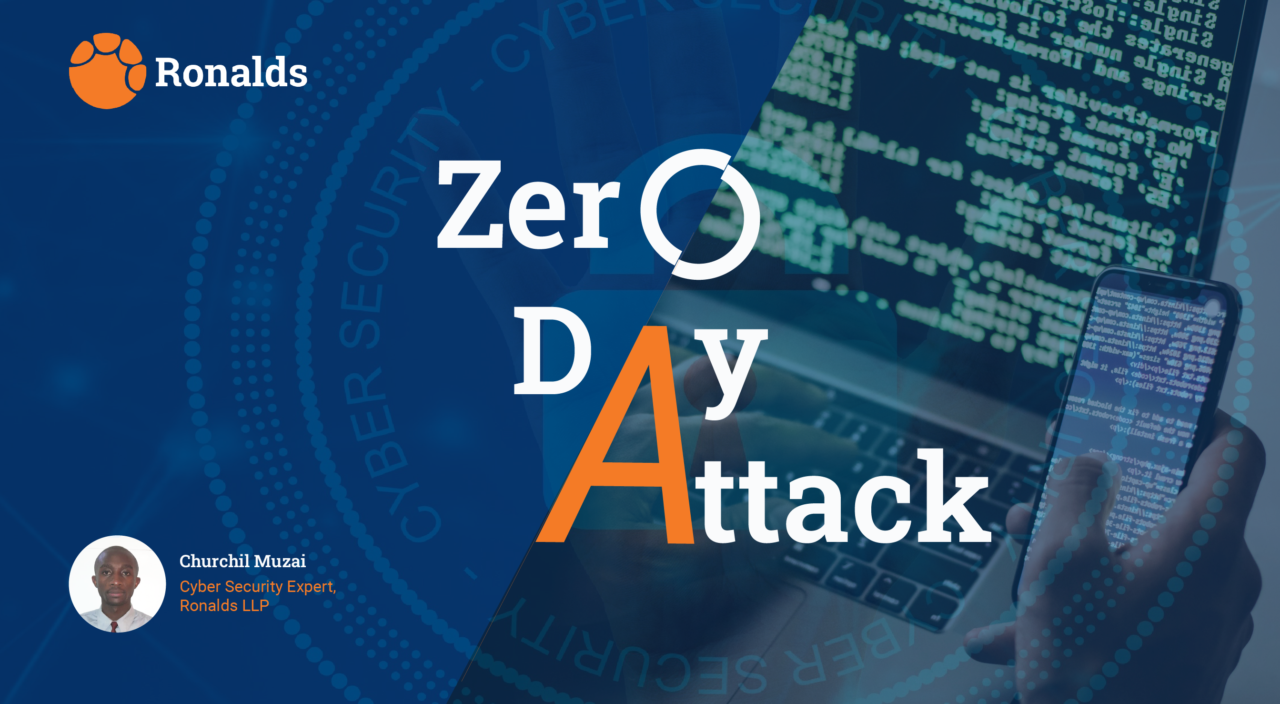 Cyber-attacks can be catastrophic for businesses because hackers can steal money, data, or intellectual property, jeopardizing your operations. Note therefore that no company, organization or individual is immune to these attacks. It is therefore of great importance to cover your organization against zero-day attacks by putting stun measures and active monitoring on the resources and systems that every organization has. This can be through the implementation of scientific, human, and technological measures to ensure active monitoring and detection techniques are maintained.

What is a zero-day exploit?

A zero-day exploit is a formally unknown security flaw in your software or hardware that hackers can use to compromise your systems. Zero-day exploits go by a variety of names, including “zero-hour exploits” and “day0 exploits.”

The origin of “zero-day” is the same regardless of the name. The term “zero-day” emphasizes the intensity of the situation. When a zero-day vulnerability is discovered, developers have zero days to fix the error before it becomes an urgent issue.

When researching zero-day exploits, you may hear them referred to as “zero-day vulnerabilities” or “zero-day attacks.”

There is an important distinction between these two terms:

Zero-day attacks are carried out by a variety of groups, including:

Hacktivists: Individuals who seek to hack into systems in order to advance a political cause or agenda.

Corporate hackers: Hackers who seek information about a competitor.

For-profit hackers: Individuals who discover vulnerabilities in order to sell them to businesses (but do not intend to exploit the vulnerability themselves).

A zero-day exploit is exactly what it sounds like: a problem so serious that developers have only zero days to fix it.

While each attack is unique, most attacks operate in the following steps:

1st step: Your developers will design a system.

This system contains a zero-day vulnerability that the developers are unaware of.

2ndstep: Once the system is operational, the hacker (also known as a “threat actor” or “malicious actor”) discovers a vulnerability in it.

3rdstep: The hacker creates and executes malicious code in order to exploit the vulnerability and compromise your system.

Different hackers gather information for various reasons, which include:

Some of the most eminent zero-day exploit attacks include:

A virus/worm reportedly developed by the US and Israel exploited multiple zero-day vulnerabilities to spread and gain privileged access on systems in this attack, which targeted Iran’s uranium enrichment plant at Natanz. When one of the engineers at an infected facility connected his work laptop to his home network, Stuxnet was unintentionally released into the wild. The Stuxnet worm attacked and infiltrated over 15 Iranian facilities, causing noteworthy damage to Iran’s nuclear program.

In 2010, Chinese threat actors exploited a zero-day vulnerability in Microsoft’s Internet Explorer to compromise Google, Adobe, and a number of other companies. The criminals were after the source code of Google.

In this infamous 2011 attack, cybercriminals used a zero-day vulnerability in Adobe’s Flash Player to launch a spear-phishing campaign aimed at RSA employees. The attackers stole data from the company’s SecurID two-factor authentication products.

Zero-day exploits are among the most difficult digital attacks to prevent; however, implementing the following tips and best practices will reduce the likelihood of your company becoming a victim of a zero-day attack:

When it comes to detecting and preventing zero-day attacks, every second counts! Only the most proactive, intuitive security solutions can prevent zero-day attacks by searching for anomalous patterns not typically seen from a user or application using advanced AI and heuristics techniques. These advanced solutions can then use AI (along with human intervention) to develop fixes and distribute them quickly and efficiently.

Invest in a high-quality, all-encompassing cloud email security solution that can protect against zero-day attacks and can quickly distribute and implement fixes for zero-day vulnerabilities – it will pay off!

• Sensitize users: Many zero-day attacks take advantage of human error. As a result, user education is critical in preventing these exploits. Teach employees and users good security habits, tips, and best practices that will help keep them safe online and protect your organization from zero-day exploits and other digital threats.

• Use network access control: Network access control is a tool that prevents unauthorized machines from accessing a company’s network, lowering the risk of hacks, exploits, and breaches. It can also aid in the containment of any damage to a specific network.

•Use Encryption and IPsec: Encrypt and authenticate all network traffic with IPsec, allowing a system to quickly identify and isolate non-network traffic and suspicious activity. With this information, organizations have a better chance of detecting and stopping attacks before they cause damage.