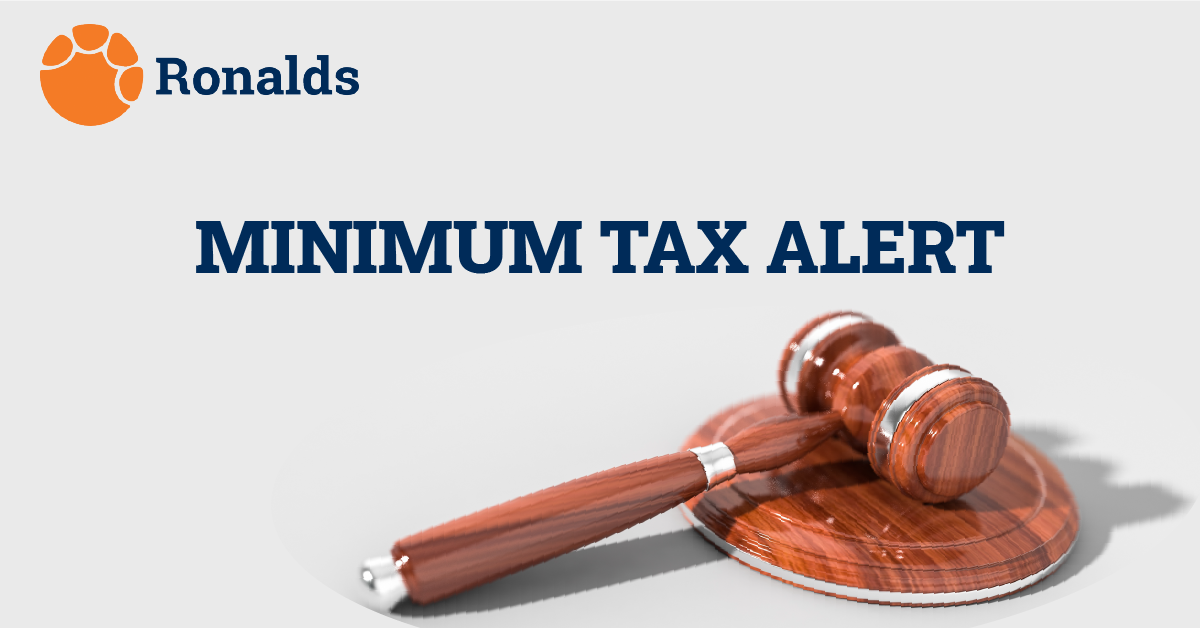 In December 2020, the Parliament amended the Income Tax Act to introduce a minimum tax at the rate of one per cent (1%) of the gross turnover, beginning January 2021.

The minimum tax was based on gross turnover. All businesses with a turnover of Kshs 50 million and above, whether or not they were making profits, were required to pay. This tax majorly aimed to collect tax from those businesses which had been in perpetual loss. Minimum tax was to be payable in installments and due on 20th of the 4th, 6th, 9th and the 12th month of the year of income.

The move to introduce minimum tax was considered aggressive and punitive to the tax payers who were struggling to maintain business as a going concern due to the economic shocks of the unprecedented covid-19 pandemic. It is in the light of this outcry that Kitengela Bar Owners Association filed a Petition in High Court in Machakos claiming that the tax was unconstitutional and would harm their business. The High Court gave a conservatory order on the 19th of April 2021 pending the case hearing and determination.

On the 20th of September 2021, the High Court of Machakos presided by Justice Odunga issued a ruling and declared Section 12D unconstitutional and that it violated Article 201(b)(i). The court noted that minimum tax was unconstitutional for subjecting taxpayers to double taxation and was punitive in nature.

This ruling comes as a relief to the Kenyan tax payers who are already hard-pressed with various tax obligations to comply with. For the taxpayers who had paid the minimum tax to Kenya Revenue Authority before the conservatory orders that suspended the minimum tax provisions, they can offset this tax credit against the income tax liability in future. In addition, they are in a position to lodge for a refund for the minimum tax paid. However, this is subject to the decision made at the appeal.

However, to KRA this ruling comes as a shock as they had banked on its implementation to raise the high targets of revenue they need to collect during this fiscal year. As it was expected the Kenya Revenue Authority would appeal the ruling. KRA has issued a statement indicating that it respectfully disagrees with the findings of the High Court and will file an appeal to the Court of Appeal to challenge this finding. While this ruling seems to be a reprieve to the tax payers, it is important to note that they are still not out of the woods as the Court of Appeal ruling can overturn the High Court findings. Nevertheless, it is our hope that the ruling at the High Court is upheld at the Court of Appeal.